The Levadas are narrow man-made channels of water, built over the centuries, to irrigate areas of difficult access on Madeira Island.

There are over 200 channels, over about 2500 km and dozens of recommended walking routes! It is one of the main attractions in Madeira, much sought after by nature lovers, who visit this destination for hiking purposes.

The Levadas are found in several areas of Madeira and lead to paradisiacal sceneries, most of them in the heart of the Laurissilva Forest – UNESCO World Heritage Site. It’s impossible to remain indifferent to the beauty of this landscape – the valleys, the forest, the blue sky, the sea, the fresh air, the smell of the wetlands, mist, moss, flowers, the sunlight filtering through the trees highlighting their trunks, as well as the sounds of the birds chirping and the running water, a sweet lullaby with each step.

There are several tourist animation companies that take guided tours in Madeira’s Levadas. The walks have different degrees of difficulty, so we suggest that you follow these routes accompanied by professionals.

Get to know 3 of the most spectacular Madeira Levadas. If you like nature, do not miss at least one of these routes during your visit to Madeira.

Levada located in Santana, at about 900 meters of altitude. It’s around 6.5 km (2h 30 minutes walk approximately) from Queimadas to Lagoa do Caldeirão Verde. In this route, there are 4 tunnels, one of them is a little longer (between 5-7 minutes to cross) called “Quebra-Cabeças” (Breaking-Heads) because you have to be crouched while crossing it (it is advisable to take lanterns).

Millions of years ago, there was a volcano in this area (now extinct) and the area was completely covered with lush green vegetation. A beautiful waterfall descends about 100 meters, hence the name: “Green Cauldron”. 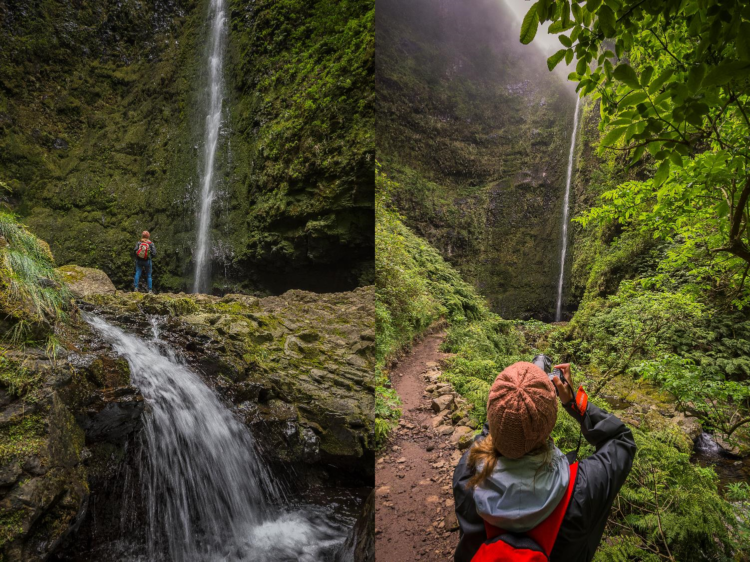 We also have the opportunity to visit Madeira’s largest thatched house – Casa das Queimadas. There are companies that opt ​​for the same route on the return or choose an alternative route, for example, towards a location named “Ilha”, as is the case of MB Tours.

In 1855, the Rabaçal Levadas allowed the passage of water from the north to the south of the island. The Risco waterfall in Rabaçal was one of the first tourist attractions in this region, and its spectacular nature remains today. 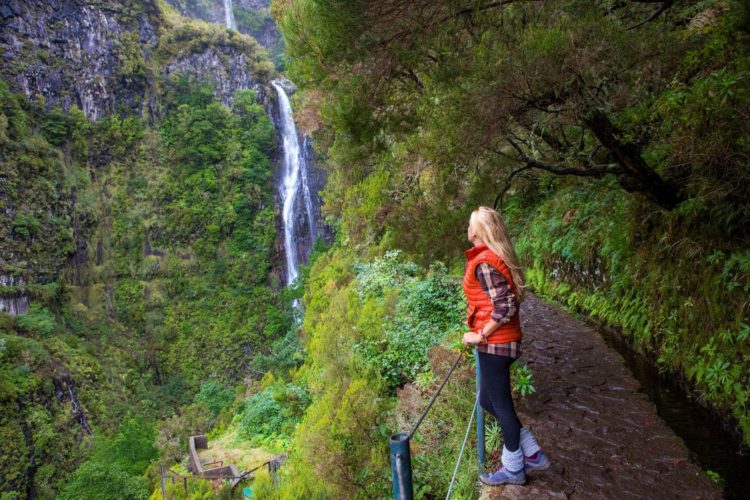 Rabaçal Levadas are located in Calheta, at about 1000 meters of altitude. The Levada of the 25 fountains is one of the most known and runs about 4.6 km (approximately 3 hours walk). The magnificent pond of the 25 fountains is the desired destination. It results from the waterfalls coming from Paúl da Serra that, when descending the rock below, turn into about 25 fountains. This is just one of the many routes in the Rabaçal area. Companies such as Hit the Road Madeira offer guided tours to these Levadas.

Levada dos Balcões is easily accessible (only 15 km from Funchal) and has a low degree of difficulty. The walk takes about 1.5 km from the beginning (road E.R.103, Ribeiro Frio) to the Balcões viewpoint at 800 meters altitude. 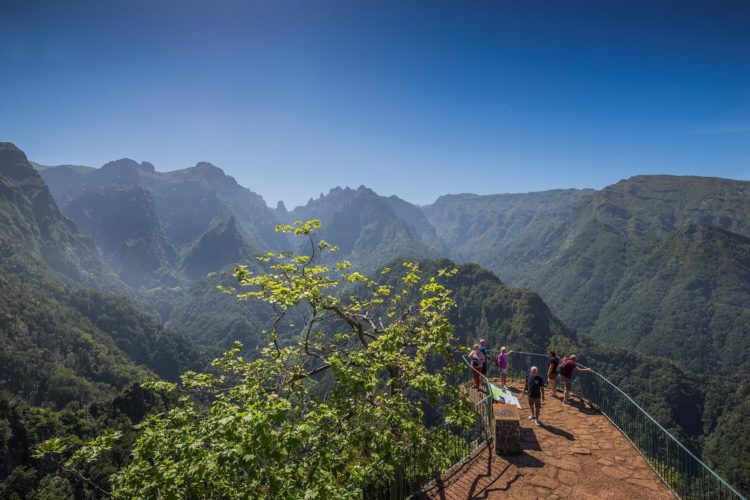 This Levada is an excellent opportunity to see some of Madeira’s most emblematic birds, such as the finch (Fringilla coelebs maderensis), lavadeira (Motacilla cinerea schmitzi) or blackbird (Turdus merula cabreae ) that fly over the magnificent Ribeira da Metade valley. If you want to go on this tour accompanied by a guide, you can contact local tourist animation companies. Check out here.

Going for a Levada walk is to find well-being while in contact with nature. Forget the worries and live a memorable experience walking through a Madeiran Levada.

Apart from the above mentioned Levadas, there are many more routes. Learn more about some of the routes here.