HOW TO CELEBRATE CARNIVAL IN MADEIRA?

Few places in the world celebrate Carnival like Madeira.

It is a magical event, inspired by the regional traditions of disguises, themed parties and even by samba in Rio de Janeiro. 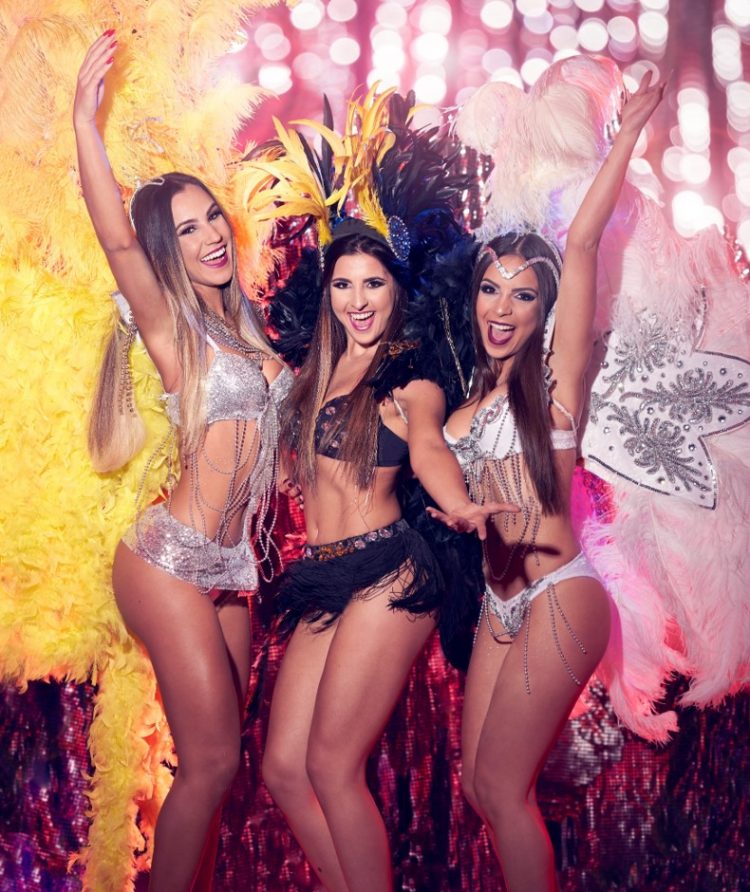 Did you know that the traditions of Madeiran Carnival may have influenced the Brazilian Carnival?

In the 16 th century, Madeira’s emigrants implanted the sugar industry in Brazil, also known as “white gold”. They also carried customs and traditions, which may have contributed to the Carnival festivities in this country. 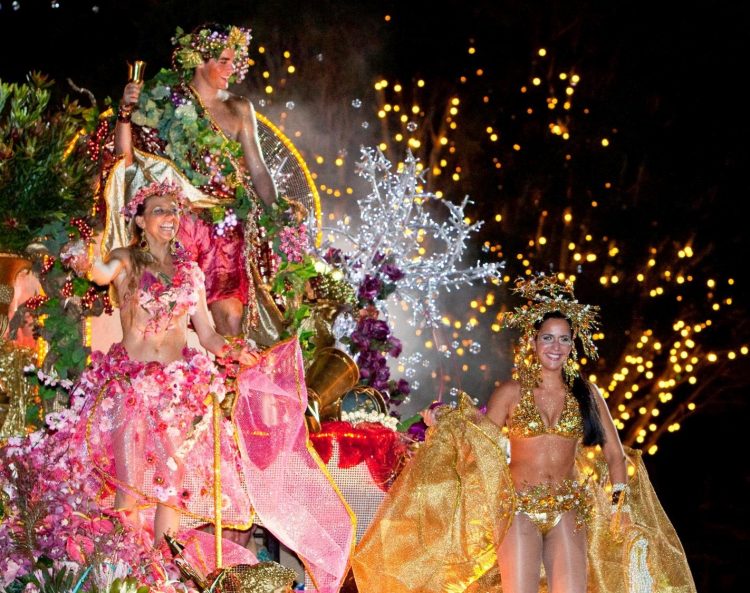 Madeira has always celebrated Carnival with great revelry. Before the 1970s, Rua da Carreira, in Funchal, was the stage of a Carnival parade, which happened almost spontaneously. People created their disguises, painted their faces, wore masks and invented tricks to have fun and party all night.

According to the social events of that time, people celebrated themed parties. After the 1970s, with the growth of tourism, the themed parties took place in the most iconic hotels in Funchal, such as Savoy, Reid’s Palace, among others. The carnival festivities began to extend to the main streets of Funchal. 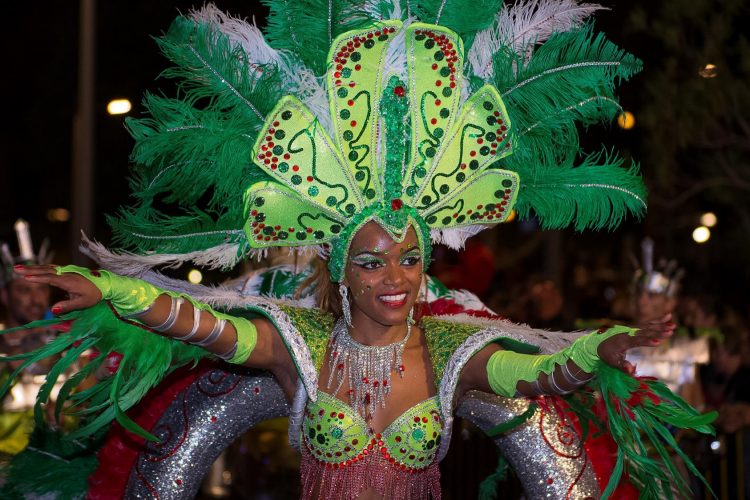 Today, besides music, revelry, masks and confetti, there are many events, where you can have fun in Madeira.

The hotels celebrate carnival, with dances and themed dinners. The clubs and bars offer guaranteed fun. Themed nights are also part of the Carnival tradition. The evening of the “Travesties”, in which men disguise themselves as women and vice versa, the “Hippie” night, allusive to the 60s, and the last night of the carnival, the “Enterro do Osso” brings much joy to this festive season. 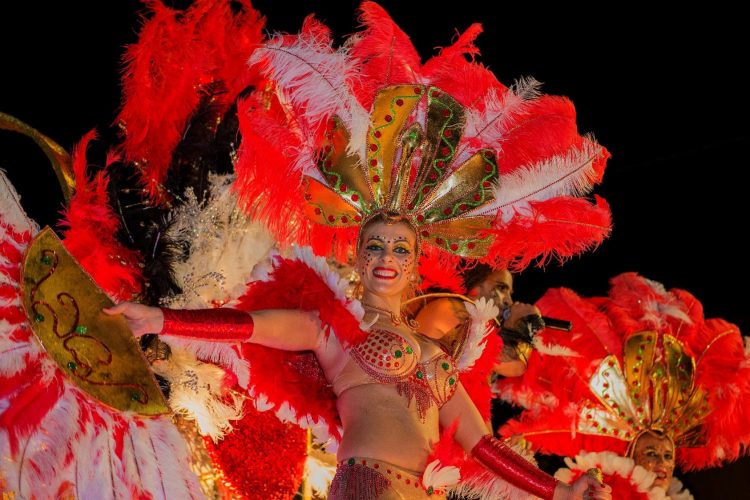 The Carnival Parades are the highlight of the festivities, much appreciated by visitors and locals, who do not want to miss this dazzling spectacle. There are several parades you can’t miss: the “Festa dos Compadres”, the Children’s Carnival, the Great Allegorical Parade, and the “Trapalhão Parade”.

“Festa dos Compadres” at Santana marks the beginning of Carnival. It takes place the weekend before Carnival, on the Northeast coast of the Island, at Santana.

It begins with an open air “joking” trial, where masked men and women judge and debate themes of social and political tension. There is also a procession, with music, animation, food and drinks. One of the typical delicacies of this time is a sweet called “sonhos” or “malassadas”, watered with sugar cane honey.

On Carnival’s Friday, the schools of the island organise a parade in Funchal at Avenida Arriaga. Hundreds of children and teachers show off their favourite disguise, in a parade full of tenderness and creativity. 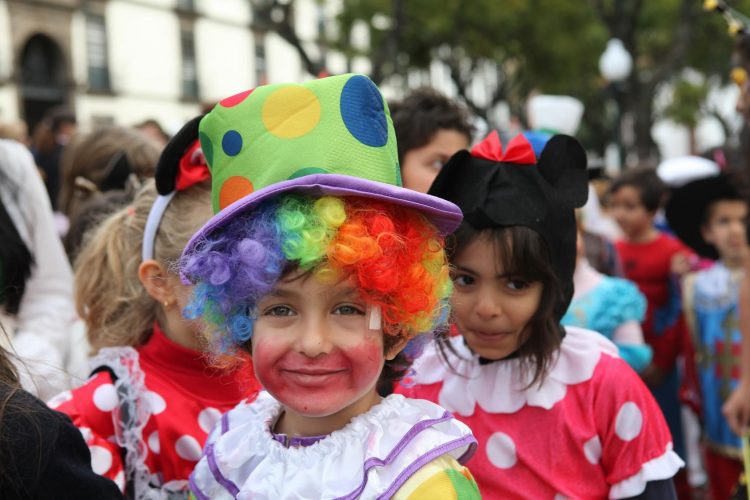 The Great Allegorical Parade takes place on a Saturday night, and is the biggest attraction of Madeiran Carnival. The brightness, colour, dance, and joy of the thousands of people who take part and attend this parade, is contagious. About a dozen decorated cars go with each troupe playing music. Each group has its name and flag. The costumes, the choreography and the topics of the parade, vary every year. Preparation begins months before the great night. 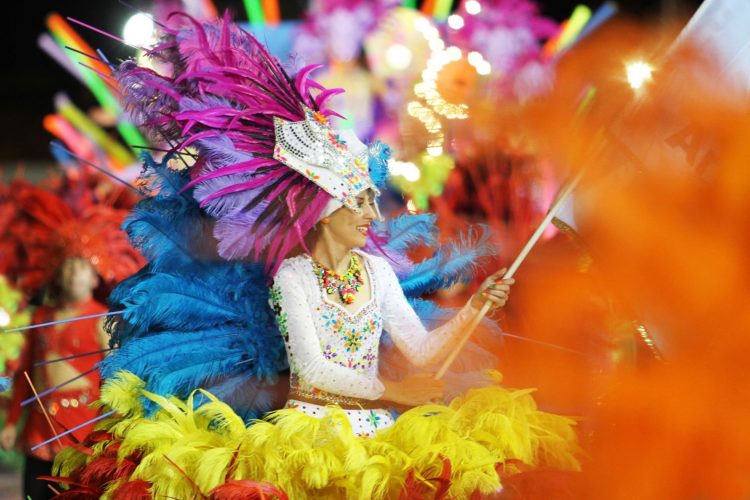 “Trapalhão Parade” is based on improvisation and good humour. It takes place on the Carnival Tuesday. It is often used as a form of satire to certain social events. Anyone may participate in this parade. All you need is a disguise and good humour. The best-registered costumes receive individual or collective prizes. 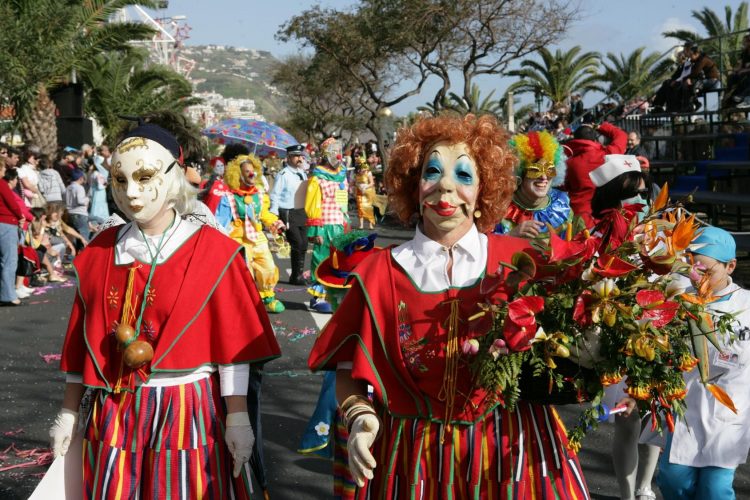 Porto Santo Island celebrates Carnival with several parades. You can enjoy the “Trapalhão Parade”, the Carnival of the Children and have fun with music concerts in Largo das Palmeiras.

Join us and have fun during theses festivities…

This website uses cookies to improve your experience while you navigate through the website. Out of these, the cookies that are categorized as necessary are stored on your browser as they are essential for the working of basic functionalities of the website. We also use third-party cookies that help us analyze and understand how you use this website. These cookies will be stored in your browser only with your consent. You also have the option to opt-out of these cookies. But opting out of some of these cookies may affect your browsing experience.
Necessary Always Enabled

Any cookies that may not be particularly necessary for the website to function and is used specifically to collect user personal data via analytics, ads, other embedded contents are termed as non-necessary cookies. It is mandatory to procure user consent prior to running these cookies on your website.