HOW TO CELEBRATE THE NEW YEAR IN MADEIRA?

The arrival of the New Year is one of the most impressive events in Madeira.

The spectacular firework display on the night of December 31st was even recognised as the largest in the world, according to the Guinness Book of Records. 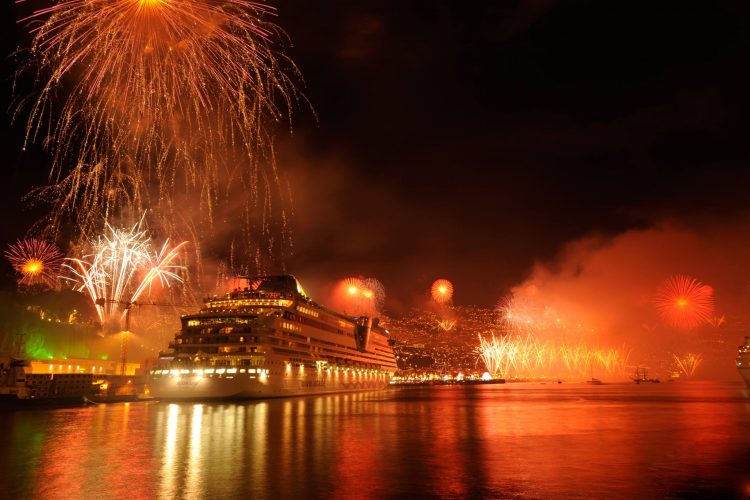 During the last days of the year, the streets of Funchal fill up with live music, performed at Avenida Arriaga. Let yourself be carried away by the rhythm and enjoy the inspiring acts of philharmonic bands, folk groups and choirs. At the gardens of São Lourenço Palace, you can also enjoy concerts of classical music, jazz, bandoleers, guitars and madeiran traditional instruments such as “cordófones”. Do not miss the fabulous festival of Christmas Choirs by “Orfeão Madeirense” at Sé Cathedral. The traditional New Year’s Concert is presented at the Municipal Baltazar Dias Theatre, by the fabulous classical Orchestra of Madeira.

The full schedule of the events can be found here.

If you are looking for adrenaline and excitement, join in the thousands of professional and amateur runners participating in the traditional “Tour of Funchal”. The route is 5,850 meters long and runs along the main streets of the capital. If you prefer a slower pace, the collective walk “Marcha da Saúde” is a good choice. The entrance fees collected by this walk will benefit social solidarity.

In Madeira, the new year celebrations begin on December 30. Locals and visitors choose the luxury of certain hotels or restaurants to enjoy these special nights. After dinner, people go partying and dancing until the night of the following day. The dress code for these nights is formal and many men wear a tuxedo or a dark suit. The mild temperatures allow the ladies to show off their gala dresses, filling the streets of Funchal with a special glamour. Bars and nightclubs of the capital are lively till dawn.

Day 31 begins with the arrival of many cruise ships to the bay of Funchal. The streets are full of tourists and locals, in a joyful gathering of several nationalities. When the night breaks, locals light up their houses and the city gains a special charm. Hotels and nightclubs get ready for the New Year’s Eve party. The Madeira Orchestra New Year’s concert is performed in front of an audience of thousands of people, at the city pier. A minute before midnight, the countdown begins, followed by a spectacular fireworks show.

Families and friends gather on the balconies of their houses, in hotels, on city squares or on belvederes, to celebrate this festive night with food, drinks and lots of fun.

Good resolutions for the new year are made. Tradition says that you should make 12 wishes at midnight (one for each grape eaten), you should climb one step and you should keep some money in your pocket, so that the new year brings you good luck and prosperity.

The fireworks show displays a magnificent, synchronised spectacle of colour, shapes and light, which lasts around eight minutes. The cruise ships whistle, the church bells ring…

New Years greetings and good wishes fill the air. For many people, the party has just begun and the New Year’s celebrations continue until breakfast on January 1st.

The beauty of this charming island, the fireworks, the mild climate, the surrounding countryside, the happiness and euphoria of the New Year are the perfect formula to create unforgettable memories.

Feel the magic of the New Year in Madeira. 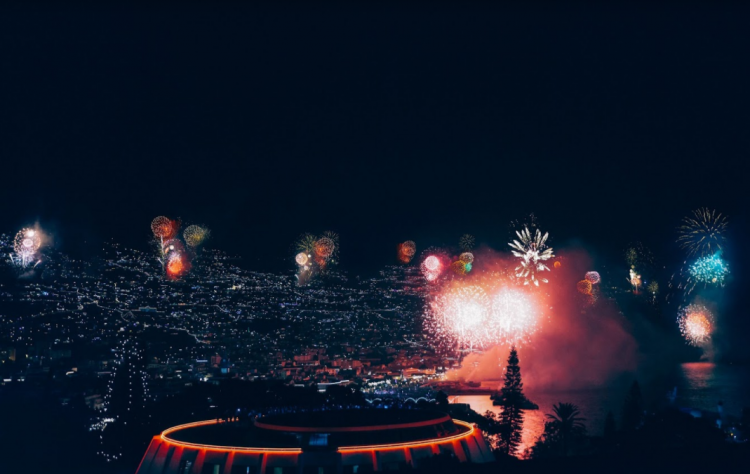 You need to see it to understand the feeling!