Columbus Festival is an historical enactment event to honour Christopher Columbus’s passage through Porto Santo which lasts three days. Attending the Columbus Festival is like travelling through a time machine. It’s to revive the sixteenth century, its traditions, beliefs, costumes, games, music and gastronomy. It’s to learn more about the history of this Island. It’s party; it’s theatre, it’s music, it’s convivial

How is this Festival celebrated?

Over the course of 3 days, dozens of people dressed in traditional costumes of the time go from the beach area to the old streets, giving the city’s historic zone a constant animation and contagious vivacity. The decoration of the streets with artefacts alluding to the Era of Portuguese Discoveries as well as the tents, civil and military campsites create a unique environment.

Here are some attractions of this festival:

The beach becomes a stage, while the crowd watches the arrival of Christopher Columbus by the sea. Hundreds of people gather on the beach and the city’s pier. On the horizon, the replica of the Santa Maria ship approaches and with it arrives the Genoese navigator. The landing is made in small boats and the entourage arrives at the beach.

The reception includes greetings from locals and travellers, dialogues, music and offerings. The procession runs through the main streets of the city into the sixteenth-century market. 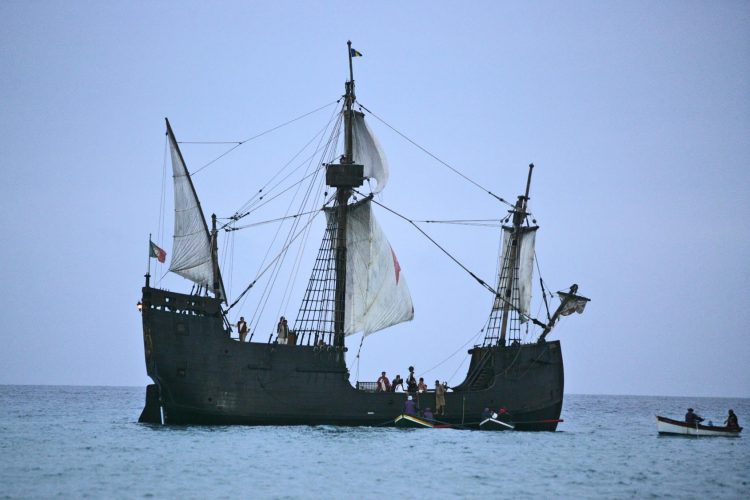 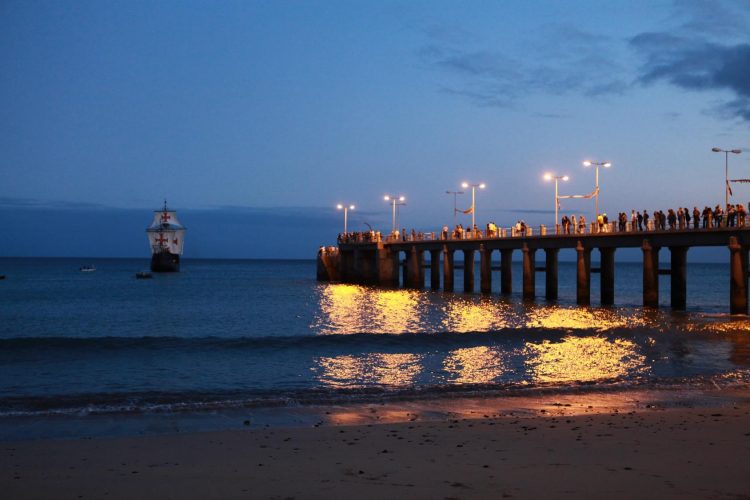 In the historical area of ​​the city, there is a sixteenth-century market with tents and campsites based on the spirit of that time. This market brings together several spaces with different scenarios.

On the stage, there are performances of medieval music, exotic dances, circus arts and theatre. The party continues throughout the night and in the following days.

There’s a Childrens and Infants Castle with children’s games of that time and theatre. The whole environment allows the younger ones to relive this world of pirates and discoverers.

In the Mendicants corner, there are friars, nuns, sailor’s wives and fishermen who invoke fervent prayers in the face of the dangers of the sea.

The Sea Braves corner features pirates and men with firearms (arquebusiers), dealing with riches and goods. The women also circulate there in search of surprises and alms.

In the Sorcerers and Witchers’ tent  you can get the answers to the future’s uncertainties. Men and women with anxious souls ask the healer for help.

In the Beverages and Food Square, you can find several food stalls where you can enjoy various delicacies like roasted pork.. 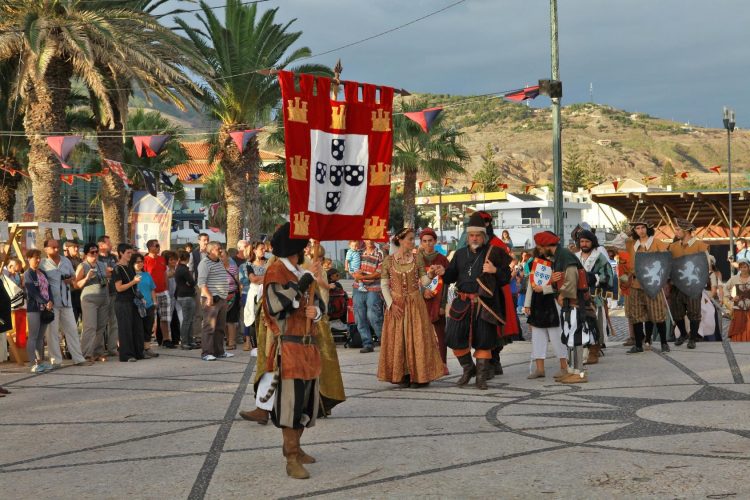 In this festival, you can also admire several exhibitions of photography, cartography and works of art. The teachers and students of Porto Santo School Prof. Dr Francisco de Freitas Branco, together with the old recreation theatre company Viv’arte, locals and visitors are the soul of the party. The costumes that are brought by the theatre group Viv’arte fill this festival with historical fantasy.

You are all invited to be a part of this festival and to find the discoverer in all of us. Participation is free.

Do you need more reasons to visit this Island?

There are a thousand more charms to be discovered… Visit Porto Santo!