Madeira Islands and our Dragon Trees – Our own dragon tears

According to Greek mythology Hercules was a demigod who was abhorred by Hera because he was the illegitimate son of her husband Atlas. She cursed him with such madness that he killed his wife and children. To redeem himself and get rid of the curse of Hera he was set twelve tasks. The eleventh of them was to steal three golden apples from Hera’s tree in the garden of the Hesperides. The tree was guarded by the Nymphs of the Evening or Atlantides as they were supposedly daughters of the Titan Atlas. However, the nymphs greatly enjoyed eating the apples and lounging languidly in these gardens which were located near the Strait of Gibraltar, so to increase security Hera sent Ladon, the  serpent like dragon, to guard the tree. Ladon was said to have as many as one hundred heads, each of which spoke a different language.

There are different accounts as to how Hercules obtained the apples but one of them describes how he wounded the dragon with his arrows and left it to bleed to death after obtaining the precious fruit. The next day the Argonauts were passing through the garden and heard the lament of the nymphs and saw the dying dragon. As a reward for his services in guarding the tree Ladon was sent up into the sky and still today the constellation of the dragon can be seen on a clear and starry night. The tears that Ladon cried on the way up to the heavens are said to have fallen in the Atlantic Ocean and formed the Macaronesian Islands of Madeira, Azores, Canaries and Cabo Verde. The drops of blood he shed were the seeds of the dragon’s blood plants that grow on the Fortunate Isles. 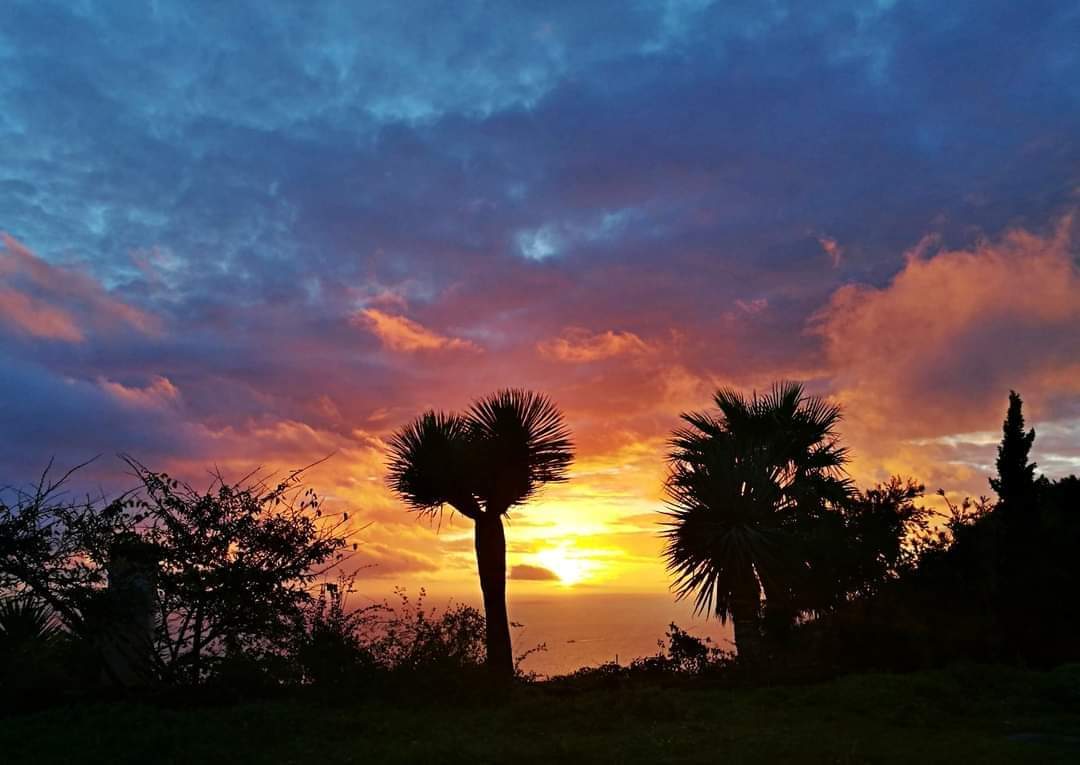 Dracaena draco is an endemic plant that used to cover the south coast of Madeira Island and Porto Santo. It is not really a tree, as it actually belongs to the Asparagus family. It is a very slow grower and the first ten to fifteen years of its life it is just a trunk with a tuft of blueish green sword like leaves forming a ball above it. Then, depending on how harsh the conditions (more difficult surroundings make it flower more frequently, about every ten years, or fifteen if it leads a comfortable life!) it will produce a stem of flowers and berries and will branch out. So one does not count the age of a dragon tree by the rings in the trunk (it does not have them, as it is a monocot species) but as it flowers quite regularly you just count how many times it has branched out to calculate approximately how old it is. The berries are much loved by the birds who then spread the seeds as they fly around. The leaves of the dragon tree are very fibrous and resistant, so they were much used to make ropes and thatching. 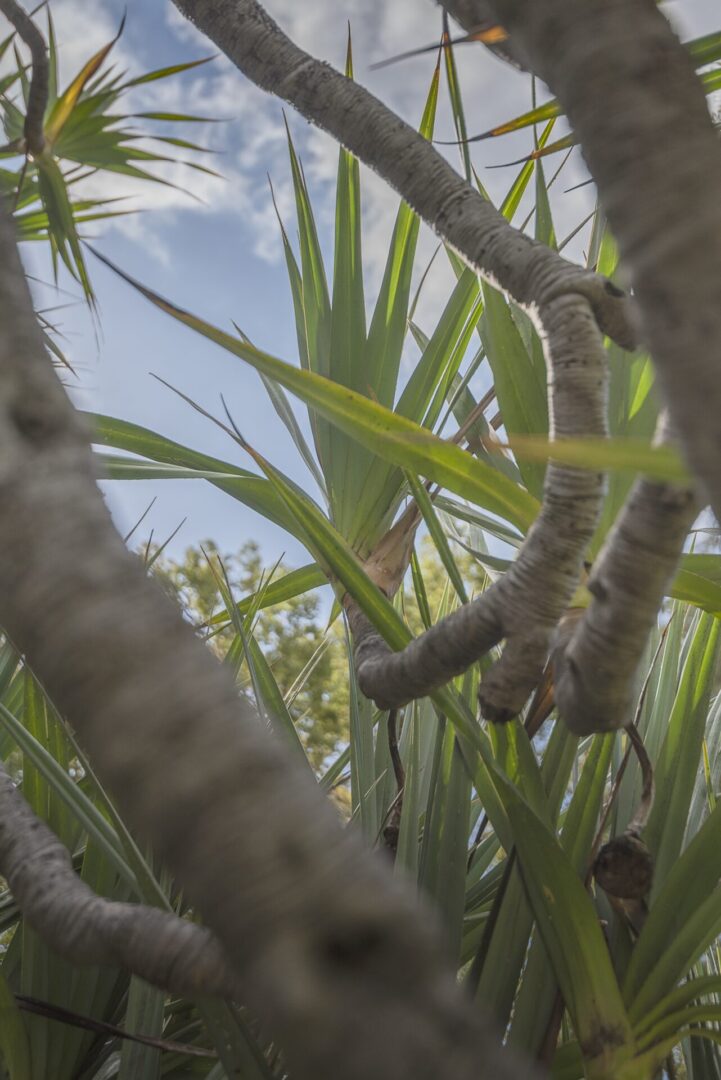 But the most valuable part of this plant is what gave it its name: its blood! The moment the sap comes into contact with air, it oxidizes and becomes a deep red colour similar to blood. This actually became its downfall as it became so precious that they were actually bled to the brink of extinction on the Island of Madeira, with only one individual plant presently existing in the wild, hanging onto the edge of a cliff for dear life in the valley of Ribeira Brava. It used to have two other companions but they were pushed off the rocks in the downpours of the 20th of February 2010. However, the team at the Madeira’s Botanical Garden have done incredible work in preserving the seeds and have already planted seedlings in the vicinity.

The reason why the dragon’s blood was so precious? You guessed it: for the colour. Since it was first used in the 15th century it became an essential coloring that went on furniture, wigs, fabric, cosmetics and even violins. Some say that the reason that the Stradivarius violin sounds the way it does is because it has dragon’s blood in the varnish. Apart from its decorative uses it also has important medicinal qualities and is used to combat respiratory and digestive problems.

Initially the story that was told about this pigment was that it actually came from the blood of elephants and dragons who were killed in mortal combat and the true origins were kept secret. It is no surprise that magical powers were attributed to the powdered blood. One example is that it could help ladies attract an engagement: they would write the name of their beloved on a piece of paper, then cover it with another piece of paper with their own name on it and then they would sprinkle dragon’s blood over it and throw it in the fire while saying a prayer. As if it could be this easy!

However the secret about the origin of this precious pigment (even without the internet!) was soon discovered and the greed of men caused them to bleed to death. Just as an example of the scale of its commercial importance, the Titanic was carrying 76 boxes of dragon’s blood when it sank to the bottom of the sea in 1912.

Nowadays the trees are much loved for their ornamental value and many people plant them in their gardens and it also does very well as a houseplant if kept pot bound. The Institute of Forests and Nature Conservation in Madeira has a small center in a garden with some examples of extremely old dragon trees. The garden was created to protect these centenarian trees as valuable examples of which the origins are unknown: it is not clear if they are wild or were planted centuries ago but the surrounding area has been planted with other endemic species to mimic the original landscape that would have been a common sight when the island was first discovered. The Núcleo de Dragoeiros das Neves does important educational work and welcomes hundreds of school children every year to raise awareness on the importance of conservation of biodiversity and this species in particular. 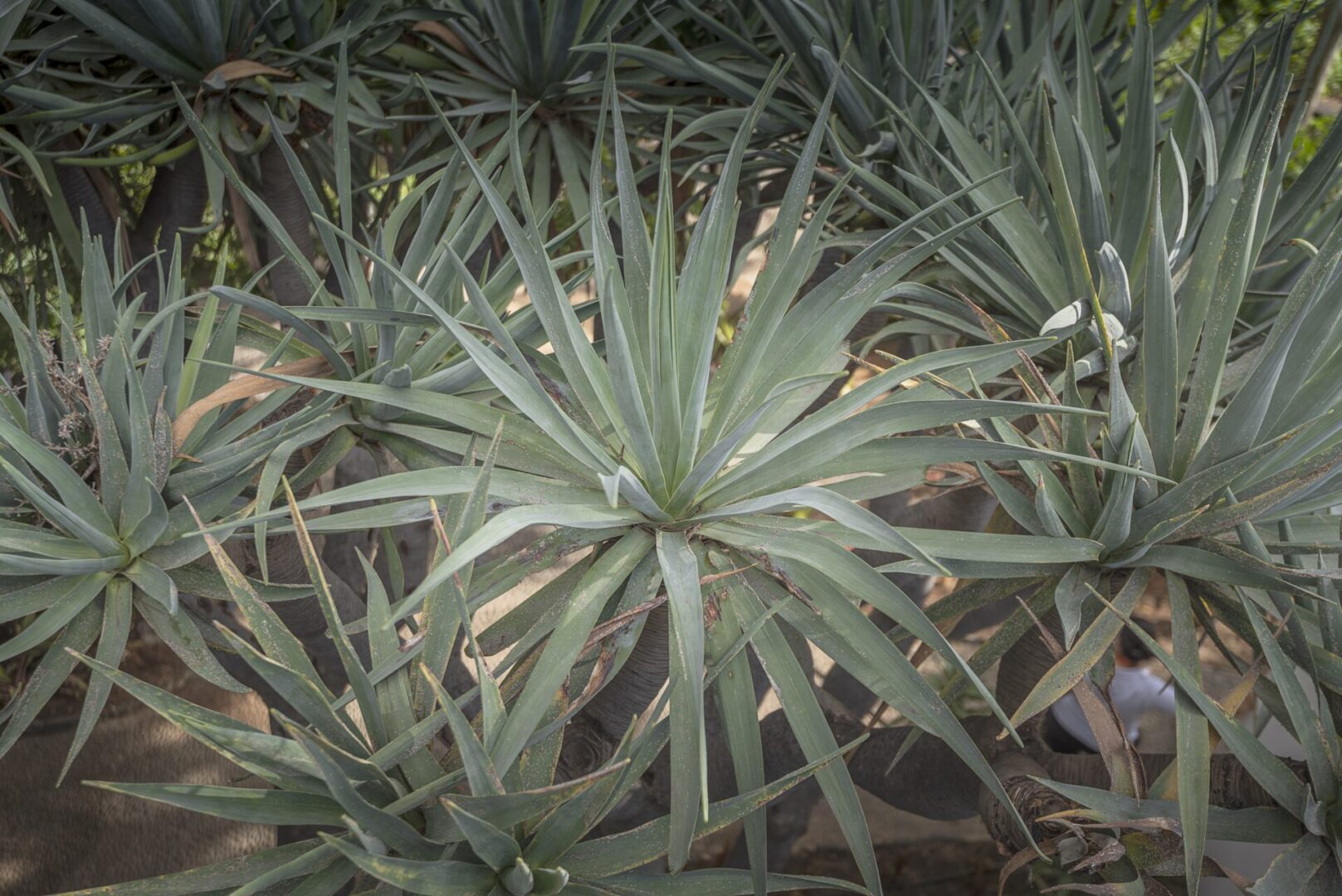 Another beautiful specimen is the grandfather that lives in the corner of the Campo da Barca garden next to the riverbed opposite the Wine, Embroidery and Handiwork Institute.

As an example of the love and dedication of the Madeiran people towards these beauties, in 2012, after fires devastated many acres of eucalyptus and acacia forest (two Australian invaders that have taken over much of the southern face of Madeira Island) a team of volunteers triggered by a Facebook post by local storyteller Sofia Maul and with the generous offer of land by Palheiro Nature Estate, planted just under one hundred dragon trees thus giving back the landscape some of its original inhabitants. You can visit these youngsters with an enviable view of the bay of Funchal while enjoying a drink at the Club House of Palheiro Golf. 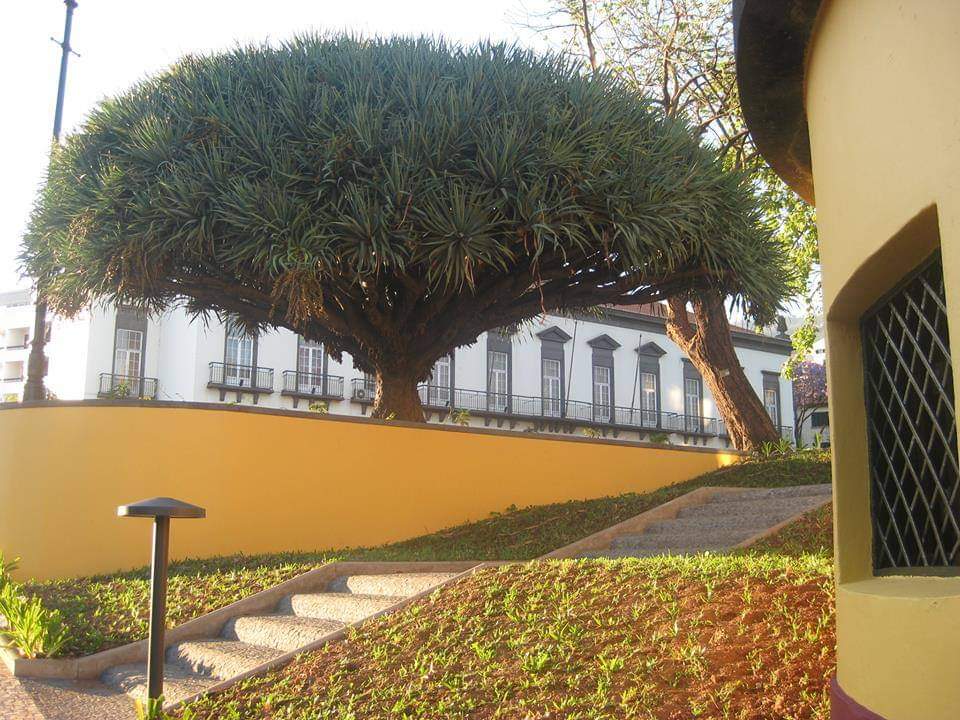 Though the Dracaena draco is classified as Vulnerable in the International Union for Conservation of Nature Red List of Threatened Species it is very much alive in the hearts and imagination of those who were fortunate enough to grow up with one of these beings in their garden and much effort Madeira has gone in to raising awareness about them and conserving them.

When was the last time you payed a visit to a dragon?