“Are you going to the market night?” It’s the question on everyone’s mouth in the days before Christmas in Madeira. The night of December 23rd marks a regional tradition – the visit to the Mercado dos Lavradores (Farmer’s Market) in Funchal.

In the old days, the trip to the market’s aim was to do the last Christmas shopping. The season fruits were bought: mandarins, pears, walnuts and chestnuts. The market smelled of jonquils and “sapatinhos” (orchid species) which filled buckets full of water. To decorate the nativity scene, one could not miss the moss, the “ensaião” (Aeonium glutinosum) and “cabrinhas” (a type of fern). Christmas pines were also there, lined up against the wall, together with poinsettias in pots as well as children’s toys. In the midst of this hustle and bustle, food and drinks were served in the bars around the market. Groups of friends sang Christmas songs. The evening menu was the “vinha d’alhos” (wine and garlic meat) sandwiches and regional “ponchas” (local rum drink). The visit to the market also included a trip to the Amusement Park in the old Campo Almirante Reis (now located in Praça do Povo, by the waterfront. Riding in the electric carts, eating cotton candy and exchanging Merry Christmas wishes, announced the end of that evening. 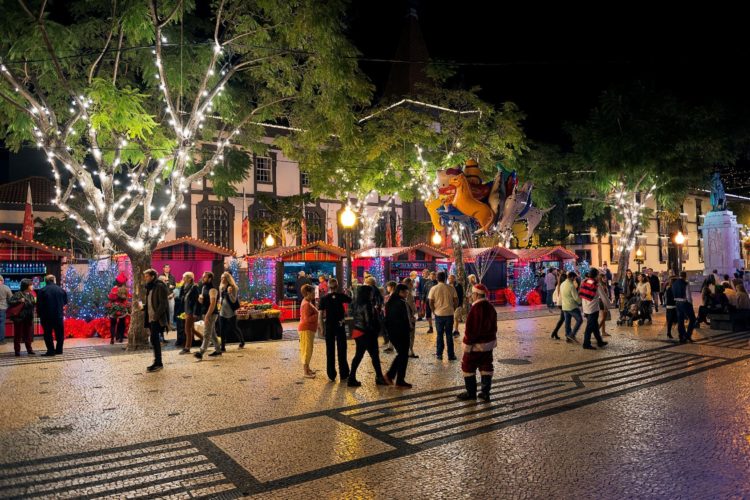 Nowadays, tradition is maintained and renewed with greater enthusiasm. Year after year the night of December 23rd aims to relive happy memories and emotions. In the Mercado dos Lavradores (Farmers Market), the Praça do Peixe (Fish Square) becomes a stage for Christmas carols singers. The song lyrics are distributed in advance by hundreds of people who arrive there, well ahead of schedule. The Christmas carols begin around 11 p.m. It is broadcast live on national television and lasts about an hour. Christmas carols are sung in different languages, such as “Noite Feliz”, “Jingle Bells”, “O Tannenbaum”, “Feliz Navidad” … Christmas is for everyone.

In the midst of the crowd, observing or joining in the Christmas carol singing, one cannot escape the feeling of joy enveloping all in that moment. 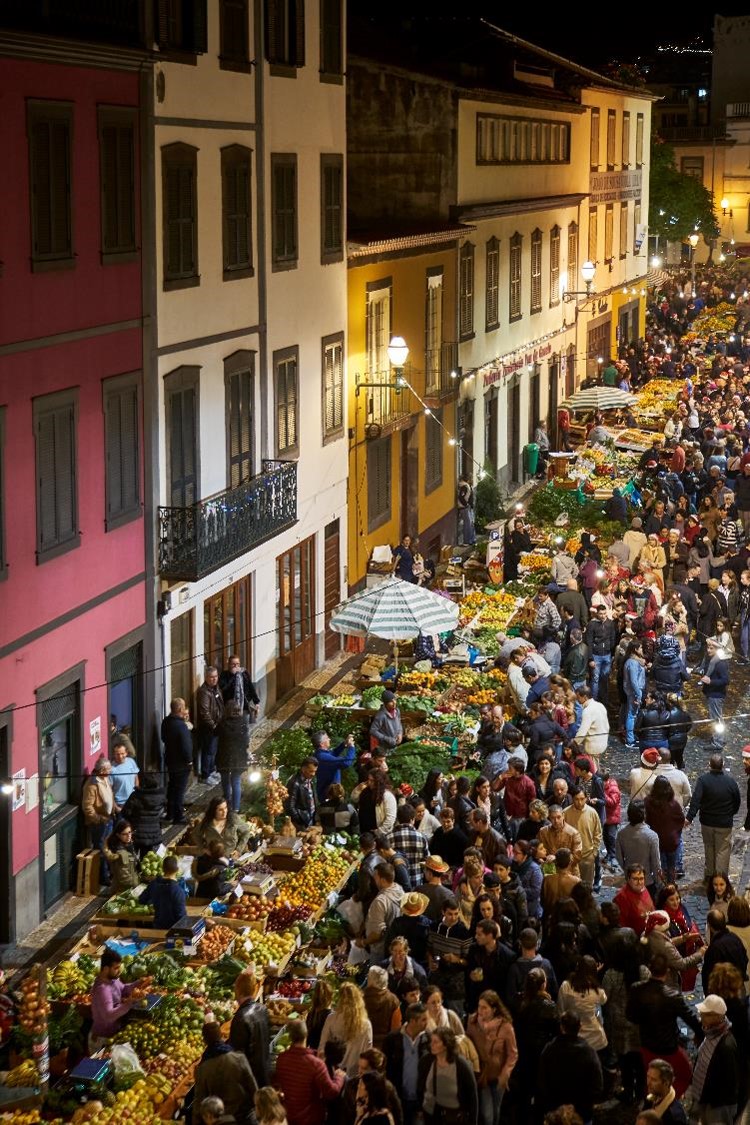 You can see friends hugging, couples kissing and families holding hands. There are throngs of people singing and laughing, wearing Santa’s hats and all kinds of bright flashing props. Eyes shine, street vendors appeal. The streets are closed to traffic and opened to people. There are dozens of stalls spread out on the streets around the market. They sell food and drinks, flowers, fruits, toys, Christmas trees, plants and decorations. There are sounds of music: singing, accordion playing, microphone echoes, drums and even whistles out of tone. There’s dancing to the music for all tastes…more commercial, more techno, more pop, more Christmassy – everything counts. Nobody wants to miss out on this party of emotions, whose contagious energy lifts all hearts, on this Christmas night.